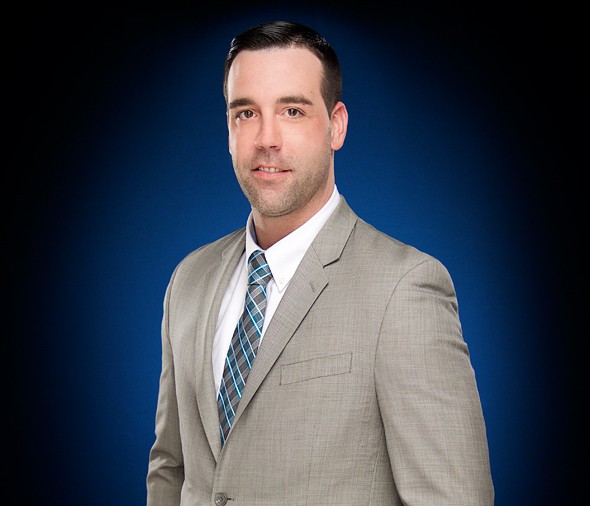 Born and raised in a big family from the Newburgh-New Windsor area, Aaron had hoped that he would eventually be able to return from law school in Michigan to gain experience and begin a career in New York.  He was reassured when he was able to secure a coveted summer judicial internship for well-known New York State Supreme Court Justice John K. McGuirk.  As he explains, "I had only completed one year of law school when I began with Judge McGuirk, so everything was very new.  For me, having the opportunity to get a sense of the legal system, the players in Orange County, was huge.  Also, just to be in the same courtroom each week with Judge McGuirk, observing how he handled matters - everything from preliminary conferences to settlement conferences - it took what I was studying on paper and placed it in a real world setting."  It also helped him understand the more practical aspects of lawyering - including time constraints and how to succeed in an adversarial setting.

These days he takes on hard negotiations not in the courtroom but on conference calls and at boardroom tables, handling everything from stock purchase agreements to lease negotiations to commercial lending closings.  When asked what clients can expect from his representation, his answer is quick and clear: responsiveness and tenacity -  responsiveness not only to the client but to those involved in the client's transaction and tenacity throughout the matter to ensure that the client's goals are met as closely as possible. He credits his early exposure to litigation through the internship, mock trial classes, and acting as a student attorney for the Washtenaw County Public Defender's Office in Michigan for honing these skills. He then laughs, adding, "My having to survive in a big family also prepared me well for being an effective attorney -- you become one hell of a negotiator who can deal with many different kinds of people."