New York Employers Beware: Are You In Compliance with the New Sexual Harassment Laws?

Anyone who owns or runs a business in New York has likely watched with great interest the growing media coverage of sexual harassment claims and #metoo confessionals. Those same employers may also be wondering with a growing sense of unease whether their policies and procedures are strong enough to combat this type of workplace issue. New York has answered that question for employers—and the answer is likely "no."

The first step for employers is to ensure that they have a compliant written sexual harassment policy that is in place and distributed to employees by October 9, 2018. Employers would be wise to obtain a signed acknowledgment of receipt from each employee.  While it is possible that an employer's existing sexual harassment policy already meets the new standards, it is unlikely. For example, an employer's policy must now contain a complaint form, examples of unlawful sexual harassment, and information about procedures for filing claims with external anti-discrimination agencies.  New language to be included in the policy also makes managers and supervisors mandatory reporters in that they are required to report any complaint they receive or harassment they observe.

The models are marked as drafts and are subject to change following a review of suggested revisions collected during a public comment period that ended on September 12, 2018; the NYSDOL has not indicated when the final version will be available.  Because of the tight compliance deadlines, employers should make use of the drafts and not wait for a final version.

Employers should also review other existing policies, such as those pertaining to social media, to ensure that they are aligned with sexual harassment case law and the new legislation.

To be compliant, the training must have an interactive component, where employees can ask questions and give feedback, and contain specific content including examples of conduct that constitutes unlawful sexual harassment and a discussion of all available forums for adjudicating sexual harassment complaints in both administrative agencies and courts.

After the initial training is conducted by the January 2019 deadline, sexual harassment training must be conducted on an annual basis, with new employees being trained within 30 days of their employment date.

The NYSDOL has also made available on its website model sexual harassment prevention training for employers to use for training or for comparison against their own training modules to determine compliance.  As with the model policy, the model training is in draft form and subject to change pending review of the public comments.

The new legislation also prohibits the use of confidentiality or nondisclosure agreements in connection with any settlement, agreement, or other resolution of any claim whose factual foundation involves sexual harassment.  An exception to this is where the claimant prefers confidentiality, as evidenced by the allowance of a 21-day review period and 7-day right of revocation in the agreement.

The new legislation prohibits mandatory arbitration as a means to resolve any allegation of unlawful sexual harassment as a condition of enforcement of contract or obtaining remedies under a contract. Please note that where this amendment is inconsistent with federal law or a collective bargaining agreement, the federal law or collective bargaining agreement will control.

Effective January 1, 2019, all state and local municipal departments or agencies must require competitive bids to include a certification from the bidder stating, under penalty of perjury, that the bidder has implemented a compliant written sexual harassment policy and annual training program. If a competitive bidder is unable to so certify, the bidder must submit a signed statement that sets forth in detail the reasons for the noncompliance.  Where competitive bidding is not required, whether a certification must accompany a bid is at the discretion of the governmental department or agency.

REIMBURSEMENT TO A PUBLIC ENTITY FROM EMPLOYEE

Please note that this article is meant for general information purposes and is not to be considered as legal advice. If you would like to speak with us about your business and how you are affected by the content discussed in this article, we invite you to contact us at 845-561-0550. 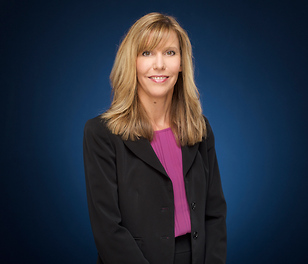